skip to main | skip to sidebar


My blogger friend Magiceye, is on a road trip to Central India, and keeps tweeting interesting photos of historical places, roadside lipsmacking food, and amazing sunrises and sunsets.

One such pertained to the burial place of Mumtaz Mahal, (the 4th wife of Mughal Emperor Shah Jehan) , who died in Burhanpur, Madhya Pradesh (central India) in childbirth (her 14th child), while on a war campaign with her husband,  and was buried there .  In her short married life of 19 years, she bore him 14 childen.

Shah Jehan, who later on married 7 more ladies , never forgot Mumtaz Mahal, and commissioned the Taj Mahal , at Agra, as a memorial to his beautiful wife .

Sixteen years after she was buried in Burhanpur, the grave was exhumed, and she was transported to Agra by one of Shah Jehan's son's, and re-entombed (if such a word exists).

(Another of his sons was not so nice. Aurangzeb , jailed his father and enthroned himself. Shah Jehan, embattled by health problems, lay staring at the Taj, reflected in the face of a diamond  in his room, it seems.  This was entirely possible.

When Shah Jehan died,  two guys quietly transported his body across the river by boat and he was laid to rest next to the tomb of Mumtaz Mahal.)

So many ordinary folks live ordinary lives, die , and are left in peace amidst the elements.


Mumtaz, had a Life, even in Death.

Some are born
under an outlandish
congregations of planets
and stars,
possibly with the Sun and Moon
both vying
to occupy a constellation
at the same time,
flummoxing the astrolgers
about
Life,
Death,
and Life in Death.

Bethrothed at fourteen,
married at nineteen,
as a fourth wife,
then
mother of fourteen
in nineteen years;
she faded away
at the last birth.

Resting at last
in the soil of Burhanpur
lapped by the Tapti Tiver.

But
unlike simple mortals
she had a Life in Death.

Sixteen years,
and miles and miles later
disturbed from an infinite sleep,
shifted to Agra
and entombed again,
watched by a husband,
who married seven more
as he now lay,
sick,
bereft,
gazing at one
of the
Wonders of the World.
The Taj Mahal.

The blog : Strewn Ashes by Suranga Date aka Ugich Konitari is licensed under a Creative Commons Attribution-NonCommercial-NoDerivs 3.0 Unported License.
Based on a work at kavitalihi.blogspot.com.

Contributor to Kavikala: Published in Feb 2011 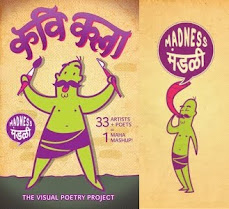 Sometimes you read something that plucks a string inside you, and resonates somewhere.

Most of these poems have originated as comments on some interesting, touching, amazing posts.

And sometimes they have happened as a personal cry to the world. When prose failed. 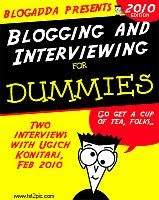 Perusals of the worldly kind...